David Lozzi is a solution architect for Slalom Consulting focused on digital experience and workplace enablement. He has been a consultant for over 20 years, from infrastructure to development, with the last several years focused on productivity and collaboration. He is also a co-organizer of the Boston Office 365 User Group, and he is an active blogger for Slalom and at DavidLozzi.com.

Microsoft Teams vs Slack: which is right for you?

I get these questions a lot, from clients and co-workers:

These are good questions and I want to talk through how we can answer these. It’s not a simple Yes or No answer.

It all started with Slack

I think it’s fair to say that real instant messaging, persistent chat, group chat, etc. became mainstream in the enterprise with Slack. Skype has been around, and provided good instant messaging, but no persistent chat capabilities. Yammer might be in a close 2nd place behind Slack. Yammer was around before Microsoft bought them, but wasn’t widely used. There have been other 3rd party apps sitting on SharePoint that might fit the bill, but being tied to SharePoint isn’t always lucrative, many have fizzled out. Slack really made messaging the norm, as it is easy to implement and run, even without IT knowing.

Prior to Teams entering the scene, Slack was my app of choice. I tried HipChat and WhatsApp with my colleagues, but we always gravitated back to Slack. Unsure why exactly, it is easier to use and more widely accepted in my developer circles. It’s easy to integrate with and is really targeted for business, more than WhatsApp and HipChat as those always felt consumer driven. That’s my opinion, but that’s not why we’re here. Let’s talk Teams. 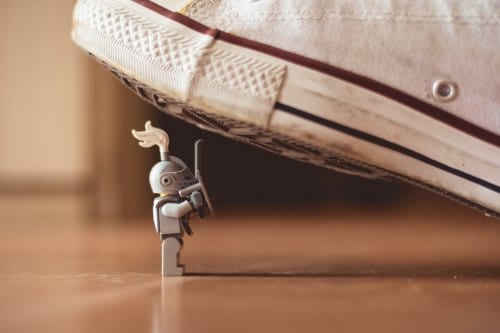 Teams came on the scene as the Slack killer, but it seems like all it did was beat relentlessly on Slack’s burly chest. Few shops immediately dove into Teams: as we know Microsoft doesn’t have a good product until version 3, so this was a safe bet. When Teams came out, in Preview, it was rough, really slow, and buggy.

Today, Teams does almost everything Slack does, with little variations (i.e. slash commands). If Teams is so similar to Slack, why change? Many teams are using the free version of Slack, which suffices. Many are paying top dollar for Slack Enterprise so making the jump and potentially losing some investment value is a risk. Why bother jumping?

Teams offers most of the same features and capabilities as Slack: instant messaging, work spaces, channels, GIFs, emojis, etc. Slack has some additional capabilities not available in Teams today (though they are somewhere on the roadmap or UserVoice), some of these I’ve shared in my wishlist, like private channels, offline access, light weight and fast (I know this is super subjective, but trust me, Teams is still kind of a hog right now).

So that might be reason enough to stay on Slack…

But Teams is so much more

Teams is a work space, not just a chat program. Teams does so much more than Slack that comparing the two isn’t fair.

Teams is an answer to a much needed pain I’ve felt in the Office 365 stack. With there being so many features in O365, we needed a central place to access it all, as a team, not just as a user going to http://portal.office.com. Teams promises to be the single pane view of our work, not just collaboration:

Virtually anything else we do for work, we can feed through Teams, and give our teams a solid starting to point to their day. 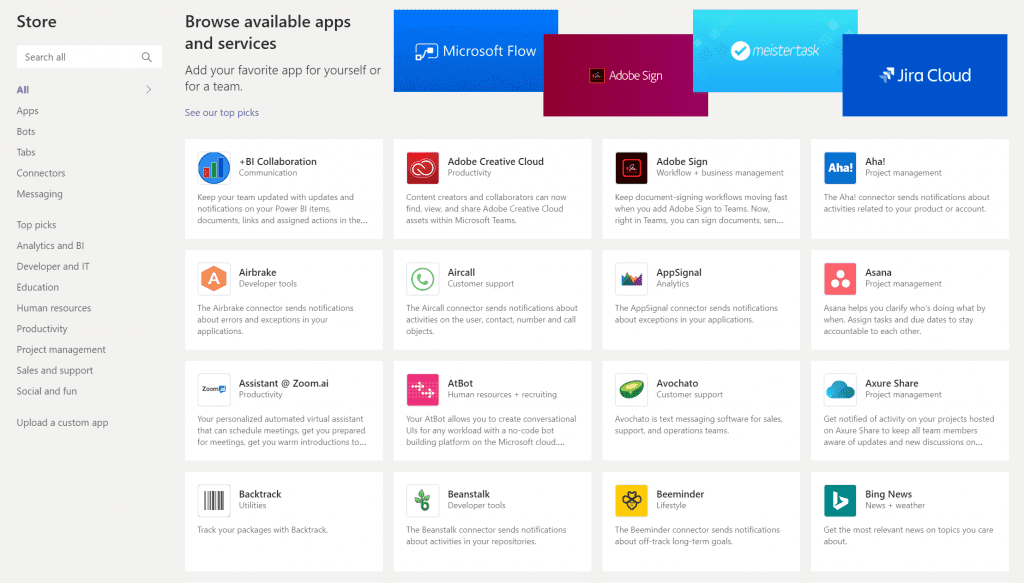 The apps in Teams aren’t like Slack’s apps. Slack uses slash commands, i.e. /giphy, /trello, etc., it’s all command based. Apps in Teams use the user interface, can support commands, but thrives in what you see not what you can type. Apps can be added as tabs in a channel, integrated in conversations, and can have personal spaces for each individual user. It’s a nice change over Slack.

So Teams it is!

Hold your horses, it’s not that easy. Remember the features I listed earlier? What if those are really important to you?

Offline access is big for people on the go. If you are traveling a lot, and use an app for your team communications, what happens when you’re offline ? You want to access the app and see what was said, catch up on messages, get some work done at the direction of your conversations. This is a big deal and something Teams cannot provide right now, and I’m not sure when, if ever, we’ll see Teams be available offline.

Private channels is also big, and fortunately underway by Microsoft. For the sake of discussion, having private channels helps with teams to have separate conversations, which are private to a few people. Think of a project team with a few dozen people, the leaders of the team may need a private space to discuss the status without having the entire team provide input (or anxiety).

Performance is huge, not everyone has big beefy laptops, and right now Teams is a hog. It consumes twice as much RAM, and most days it feels slow and clunky. This might be the nature of the beast since it’s doing so much more than just chat. My #1 wish for Teams is the ability for multi-tasking. Getting real work done only in Teams is annoyingly slow right now, as you jump from tab to tab, channel to channel, everything resets and there’s no jumping back to where you were. You also can’t have 2 Teams windows open. It can be a productivity slowdown trying to keep track of where you were.

What’s best for you?

If you have the choice of Slack or Teams (or anything else for that matter) take the time to assess what’s important to your employees. What makes the most sense? What can they live without for now? Teams is growing and will continue to get additional features in the months to come. Can they muscle through some annoyances until Microsoft releases updates? Do they need access to messages offline? You know your people, and if you don’t, take the time to understand them and deliver what’s best.